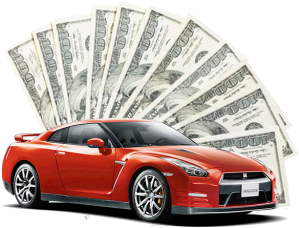 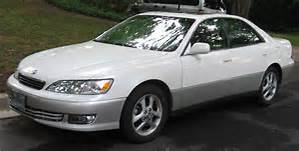 The No. 1 ticketed car in America

People that drive these cars get ticketed the most
A pricey and older sedan has won a dubious distinction: The Lexus ES 300 is the vehicle to garner the most tickets in the U.S., according to an online insurance quote aggregator.
Sure, drivers get tickets, not cars, but if a specific model rakes up too many moving violations nationwide, it could become more expensive to insure.
Insurance.com of Foster City, Calif., collected the data It used more than 300,000 submissions between January 2014 and February of this year to rank vehicles by the percentage of drivers who received tickets.
The Lexus ES 300 tops the list with 33% of its drivers getting tickets in that time period. Compare that with the least ticketed car, the Buick Encore, which saw only 3% of its drivers get tickets.
Toyota Motor Corp.’s Lexus division made the Lexus ES 300 between 1992 and 2003, according to Edmunds.com. At its heyday, the car was a relatively affordable, entry-level luxury sedan thought to be reliable and easy to maintain, it said.
The No. 2 car with the most tickets? The Nissan 350Z, a sporty two-seater sold by Nissan Motor Co until 2009. Third on the most-ticketed list was also a sports car (the Dodge Charger SE/SXT ), which made sense to the team at Insurance.com.
That an older Lexus was at the top was a surprise, though, said Les Masterson, a managing editor at Insurance.com. A luxury sedan is usually thought of as a car geared to older drivers with deeper pockets, who would tend to be more cautious. The team has theorized that perhaps the Lexus ES 300, now being sold as used cars, are reaching younger drivers, perhaps even going from parents to their offspring with less driving experience.
Insurance gets more expensive after a moving violation, usually as the ticket wipes out good driving-record discounts that can reach as much as 25%, depending on specific circumstances and insurance companies, said Masterson. Rates also increase after such tickets, he said. A nick due to a moving violation can remain relevant for insurance purposes for as many as five years. The No. 1 ticketed car in America To work out its ranking, Insurance.com left out vehicles that garnered too few quotes, to make sure the ranking drew from large enough pools — to rule out, for instance, that a proverbial lead-foot driver in an ultraluxury and rare Maserati wouldn’t skew results.
A “high number of tickets is not an indicator that a new car will be expensive to insure,” as insurance companies care more about claims, the company says on its website. But if “a particular model is involved in more accidents or is more expensive to repair after a collision, an owner can expect to pay higher rates even if his own record is clean,” although a driver’s driving record is likely to have a greater impact on insurance rates, it says.
“Anything that puts you into a high-risk driver category -- a lapse in insurance, bad credit, multiple claims or multiple speeding tickets -- will have a more dramatic effect than, say, choosing a Camry over a Corvette. High-risk auto insurance is more expensive than standard and preferred,” it says.