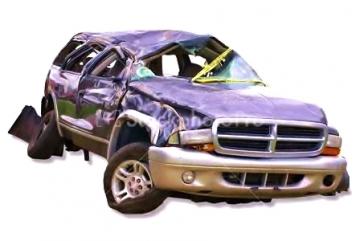 Dont Drink And Drive Be wise save lives

FACT: Over 1.2 million drivers were arrested in 2011 for driving under the influence of alcohol or narcotics. (FBI)

FACT: Car crashes are the leading cause of death for teens, and about a quarter of those crashes involve an underage drinking driver. (SAMHSA)

FACT: On average, two in three people will be involved in a drunk driving crash in their lifetime. (NHTSA)

Alcohol, drugs and driving simply do not go together. Driving requires a person’s attentiveness and the ability to make quick decisions on the road, to react to changes in the environment and execute specific, often difficult maneuvers behind the wheel. When drinking alcohol, using drugs, or being distracted for any reason, driving becomes dangerous – and potentially lethal!

FACT: In 2012, 29.1 million people admitted to driving under the influence of alcohol – that’s more than the population of Texas.

FACT: According to the 2013 National Survey on Drug Use and Health (NSDUH), an estimated 9.9 million people aged 12 or older (or 3.8 percent of adolescents and adults) reported driving under the influence of illicit drugs during the year prior to being surveyed.

Driving Under the Influence (DUI) is a Crime

Driving under the influence (DUI), also known as driving while intoxicated (DWI), drunk driving, or impaired driving is the crime of driving a motor vehicle while impaired by alcohol or drugs, including those prescribed by physicians.

With alcohol, a drunk driver’s level of intoxication is typically determined by a measurement of blood alcohol content or BAC. A BAC measurement in excess of a specific threshold level, such as 0.05% or 0.08%, defines the criminal offense with no need to prove impairment. In some jurisdictions, there is an aggravated category of the offense at a higher BAC level, such as 0.12%.

All 50 states and the District of Columbia have laws that specifically target drugged drivers. Almost one-third of states have adopted the per se standard that forbid any presence of a prohibited substance or drug in the driver's body while in control of the vehicle, without any other evidence of impairment. Others have established specific limits for the presence of intoxicating drugs, while still others follow a zero tolerance rule with regards to the presence of intoxicating drugs in a person's system.

Being convicted of driving under the influence of drugs or alcohol can impact your life in ways you may not be aware of, including loss of employment, prevention of employment in certain jobs, higher insurance rates, serious financial setbacks, personal and family embarrassment, and possible incarceration.

The consequences of driving while impaired are far reaching, and the effects impact not only impaired drivers, but many, many others.